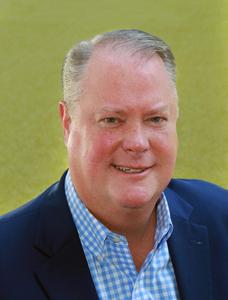 Tommy McNicholas was born and raised in Rockville Centre, and his love for the community is reflected in all aspects of his life, from raising his own children here, establishing his business in the heart of town, and leading charitable initiatives, community projects, and coaching the next generation of RVC residents with passion and purpose.

Tommy has spent a great deal of time coaching in Rockville Centre. He’s also shared his coaching expertise outside of town, as a volunteer assistant coach currently for the Freeport High School Boys Varsity basketball team, and as a coach of SUNY Old Westbury men’s soccer. Tommy started playing for the RVC Soccer Club in 1975 and has served on the RVC Soccer Club Board for the past 10 years. A graduate of South Side High School, Tommy has continued to support the school and its Boys and Girls sports programs, hosting awards dinners, team bonding, and numerous parent and alumni events.

Tommy’s motto has always been “you’re only a stranger once,” and his generosity has been instrumental in the success of many local charitable initiatives.  He has volunteered with the RVC St. Patrick’s Day Parade Committee since its inception, serving on the St Patrick’s Day Parade board from 2009-2017. He has been Co-Chair of The Annual Kasey's Golf Outing with Anthony Geraci, his business partner of 26 years, and together they have donated over $150,000 to the RVC St. Patrick's Day Parade charities from 2000-2022.

But his biggest accomplishment along with Denice his wife of 25 years is his three children Alexandra, T.J., and Ryan.